Until recently I used to talk about us ‘sleepwalking’ into an environmental disaster.

But the facts are now so raw, so obvious and so painful that I don’t find that description appropriate any more. At best we are being naïve; at worst complicit in an unfolding catastrophe.

As long ago as the 1950s, lone scientists were giving early warnings about the effects of human activity on our climate. Over the last half century those voices have become louder, turning into a consensus so unequivocal that mainstream media no longer debate the fact that our climate is warming, nor that it is largely human induced.

So why aren’t we doing nearly enough to fix such a well-understood problem, which under the most extreme scenarios will threaten the collapse of humanity, as well as the natural world along with us? It’s pretty odd when you think about it.

I was struck by this one morning while on the way to work, when for a brief and magical moment the radio news decided to include a grim story about invertebrate decline toward the bottom of its headlines. Within half an hour, by the next bulletin, the story had disappeared altogether because Boris Johnson had said something about the UK’s impending departure from the European Union.

People are myopic by nature, and therefore can’t or won’t think about long-term consequences. But of course, that’s also the case for the media, governments and corporations: we’ve been sleeping at the wheel.

Last month there was a Parliamentary debate on climate change – the first in the House of Commons for overtwo years. Only a handful of MPs bothered to turn up. In the same week that wildfires ravaged moorlands across the UK, it was a strikingly visual illustration of our elected representatives’ ignorance, apathy or acquiescence.

The optimistic – and maddening – truth is that we know exactly what we need to do: we simply must achieve net zero carbon emissions rapidly and at scale in every area of our economy and lives.

We already have the technological solutions to do what is necessary: build green energy capacity at scale, create viable alternatives to plastic and feed the world with low-impact protein, for example.

But despite bold intentions, such as the Paris Climate Accord aiming to limit warming to two degrees Celsius, there has been precious little effective action from either governments or corporations.

A lot of climate activism, from NGOs such as Greenpeace, is quite rightly directed towards big ‘dirty’ corporations: according to the Carbon Majors Report 2018, 100 companies are responsible for 71% of all CO2 emissions.

But this is not just about the oil and gas industry. Along with individual choice, corporations are the co-drivers of consumer behaviour. All corporations, directly or indirectly, shape our lives and our lifestyles and are therefore complicit in the part we all personally play in contributing to environmental breakdown.

Corporations are in a unique and powerful position to take positive action, but are doing nowhere near enough.

This is partly because the pervading thinking that the role of a business is to maximise shareholder profit. This is fundamentally wrong, constraining firms to a single narrow objective that has had wide-ranging and damaging consequences for the environment.

The corporation can in fact be many things – an employer, an investor, a consumer, a producer, a supplier, a taxpayer, a community, an activist and a philanthropist. It’s an extraordinary institution which combines many different purposes and values for many different stakeholders: not just shareholders. 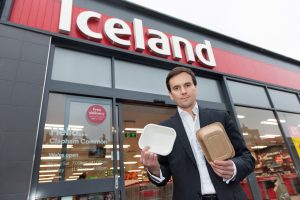 The public are becoming increasingly aware of the need for change – ‘woke’, as the Americans would say. I know this from the literally thousands of letters, videos and emails I’ve received from pensioners to schoolkids about Iceland’s recent actions on palm oil and plastics. They are also crying out for businesses to take a more responsible role in society – even to lead on issue where other institutions are failing.

According to the 2019 Edelman Trust barometer, the country feels betrayed by politics and politicians – hardly surprising watching the Brexit shambles play out like a daily soap opera. Fascinatingly, more than three in four Brits believe that CEOs should take the lead on change rather than waiting for the government to impose it.

There is a lot of discussion in business circles at the moment about whether in fact ‘purpose’ should come before ‘profit’. Do the right thing and the profits will follow….or….be profitable to enable you to do the right thing.

We have a great saying in Iceland that we are “long term greedy”. Make the right long-term decisions, and the profits will follow. The underlying health of the business is paramount, and we try to avoid short-termism at all costs.

We’re allowed to think long term because we are a private business: we don’t need to solely chase profits quarter after quarter in order to please City shareholders.

The media should also try to become less cynical about reporting positive environmental action by business. Companies should be applauded and encouraged to maximise their environmental efforts. If they are in constant fear of being tripped up by journalists, the best action to take is none. 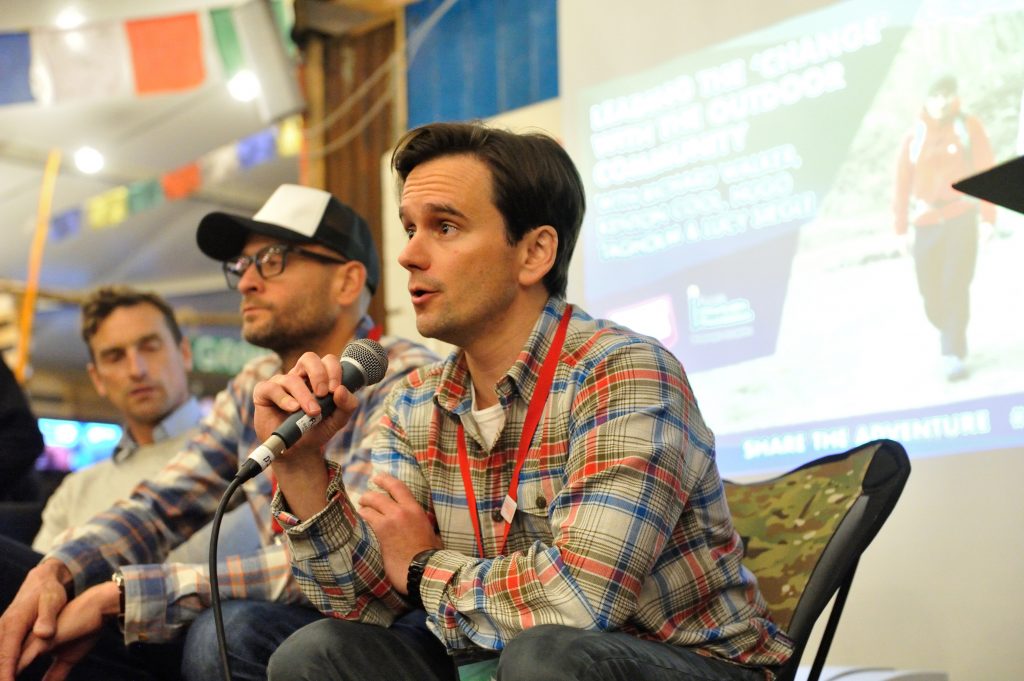 I am proud to be a businessman and the trustee of several leading environmental charities, and honoured to be – as of today – a World Economic Forum Young Global Leader. I intend to use these complementary platforms to drive forward the programme of environmental activism we have already begun at Iceland.

Because I passionately believe that business needs to look beyond short-term profits and consider its wider role in society…and in doing so has a real opportunity to lead in helping to meet the biggest challenge we have ever faced.