There is one huge issue I hope the G7 leaders will focus on while they are enjoying the Cornish seaside this weekend – and there really couldn’t be a better place for them to do it.

The ocean covers two thirds of our planet and we are far from fully understanding it: even in 2021, 80% of it remains unexplored. Even more worryingly, only 7% of it enjoys any sort of protection. We are still discovering new species in the ocean at the rate of 2,000 per year.

What we do know is that, while 10% of humanity lives by the sea, 100% of humanity ultimately depends on the ocean for survival, because of the key role it plays in regulating our climate. One startling statistic is that sea grasses absorb carbon 35 times faster than rainforests.

That’s why Surfers Against Sewage, which I am very proud to chair, is joining with 70 other organisations to appeal to the G7 leaders to put the ocean at the heart of their talks, and take urgent action to protect it.

In particular, we want the G7 to commit to stop damaging the ocean by banning the destructive extraction of resources through deep-sea mining; to unite to regulate ocean pollution; to expand effective ocean protection and management, prevent overfishing, work to restore biodiversity and combat climate change; and to catalyse and co-ordinate global action on the critical interlinked issues of the ocean, carbon and climate.

We want them to commit to leading a decade of Global Ocean Action that will support ocean science, close the current gaps in ocean governance, and bring into the mainstream education about the importance of the seas to all our futures.

If they do this, the ocean has the capacity to deliver a greater and more sustainable food supply, to keep global trade flowing through decarbonised shipping, and to deliver other huge benefits; the UK has the largest potential in Europe not just for offshore wind generation but also for tidal energy to replace carbon-emitting onshore power stations.

I love Cornwall, the sea and surfing. It was surfing that made me aware of the horrific increase in ocean plastic pollution that drove Iceland’s commitment to eliminate plastic packaging from our own label range by the end of 2023.

Iceland and the other UK supermarkets have signed an open letter calling on the G7 nations to show real leadership on plastic pollution, while major packaging producers and environmental charities (including Surfers Against Sewage) have urged the G7 summit to agree a global treaty on plastic to tackle the waste crisis.

Less than 10% of all plastic is successfully recycled: the rest ends up dumped or incinerated. The regular and depressing reports of plastic packaging from UK supermarkets being dumped in other countries underlines why only a global approach will start to tackle the problem – a problem that has been made worse by Covid-19. This has not only increased the demand for packaged goods in stores, but created mountains of discarded PPE. In just two months, a billion items of PPE were handed out in the UK alone. Globally, three million face masks are thrown away every minute – amounting to 129 billion every month: most of these are plastic.

As well as causing ocean pollution, the world’s reliance on single-use plastic is contributing to the climate crisis and threatening attempts to meet the Paris climate targets.

Our own government needs to do more financially, operationally and legislatively to support businesses, such as Iceland, which are committed to removing plastic. It is an uphill battle. We have made good progress towards our goal of being plastic-free in our own label range by the end of 2023, though meeting our target looks increasingly challenging simply because of the huge increase in overall plastic consumption. However, we certainly won’t let that stop us trying.

Being by the sea never fails to soothe any worries and raise my spirits. I hope that the G7 leaders also enjoy their time at the seaside and that it prompts them to make the bold commitments that are needed to safeguard the ocean as our single most important natural resource.

I also hope they will find time to take a look at the ‘Mount Recyclemore’ that has been erected nearby. This depicts the G7 leaders in the style of Mount Rushmore in a sculpture made from discarded electronic waste, to highlight the damage being caused to the environment by the disposal of electronic devices. Like plastic pollution, this is the result of our wasteful ‘single-use’ culture that expects products to be thrown away after a short life, rather than retained and repaired. 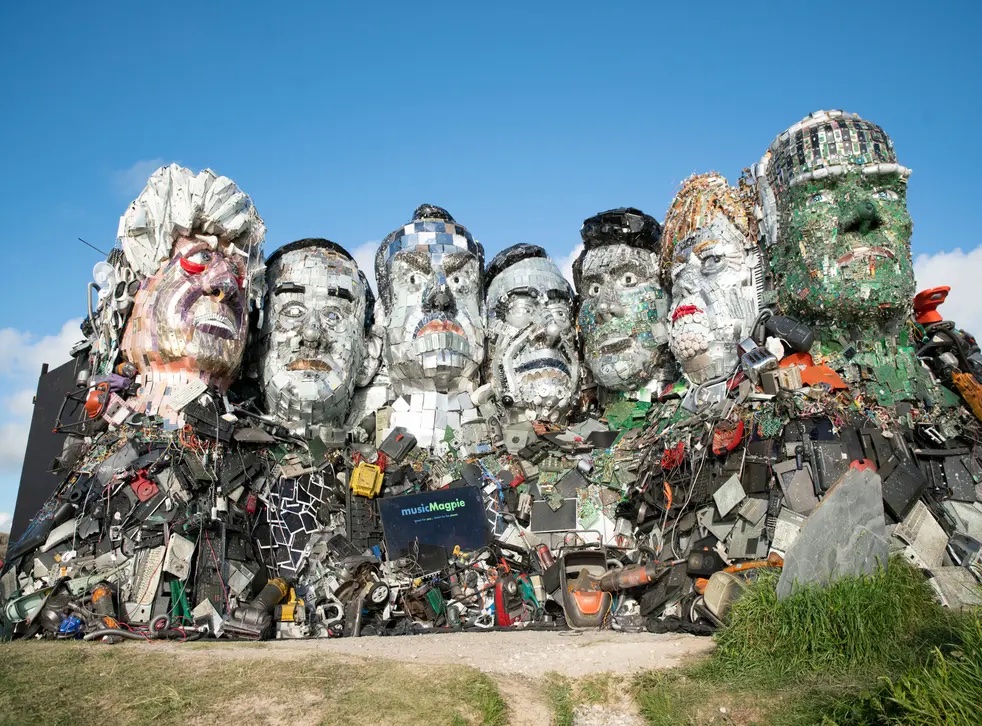 And if you are in Cornwall on Saturday, why not join the many other ocean activists who will be making their voices heard in a paddle out protest? It’s at 10.30am, Saturday 12 June, on Gylly beach in Falmouth.

Why the Amazon matters – and what corporate activism hopes to achieve